A scenario workshop aimed at strengthening the role of social partners in the governance of the VET system was conducted by the Portuguese team of NOVA University of Lisbon/CICS.NOVA. The workshop took place on November 12, 2021, and was conducted on-line due to pandemic restrictions in the country.

The meeting was attended by representatives of the largest employer’s confederation in the country (CIP), the two main trade unions (UGT and CGTP), the VET and Dual VET regulatory agencies (ANQEP and IEFP) and a training centre (CENFIM). Furthermore, exploratory interviews were conducted with experts in the education and training systems aimed at obtaining their perceptions on the future of Dual VET and the involvement of social partners in the governance of Apprenticeship.

Before the scenario meeting, participants were invited to express their views on the Agreement for Vocational Training and Qualification signed between the government and the social partners sitting on the Standing Committee for Social Dialogue (CPCS) on July, 28, 2021. The goal was to identify main categories of governance of the Apprenticeship system through a short questionnaire where they could change/improve their involvement. 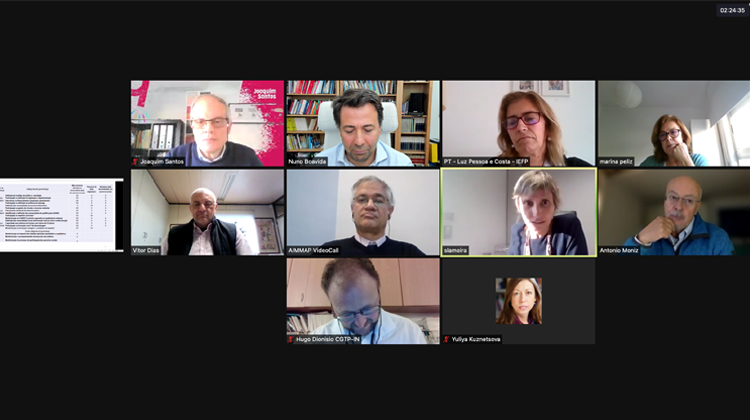 The responses have shown different opinions confirmed by their interventions in the scenario workshop, in relation to their effective involvement in the governance of the Apprenticeship. Trade unions have no expectations on improvements or changes in their participation, stressing that their role would remain purely formal and would only act as training providers. Some trade unionist considered that more negotiations are needed after the Agreement, particularly on their involvement in the monitoring of the policies implemented, as well as on their participation process. Employer confederations had a more positive perspective, not only on their involvement in policy making but also on changes in the system regarding as a key measure to improve their decision-making the reactivation of the National Apprenticeship Commission (CNA), which had been extinct with the creation of the National Qualifications System.

Improvements on the social perceptions of Dual VET have been consensual as a necessary strategy for the enhancement of these training programmes in the country.

The results of the workshop are described in a report that will be available for download from the INVOLVE website.

Dissemination of INVOLVE project results at the ILERA 2022 European Congress

Debate “The future of dual vocational education in Poland” – Warsaw, the 5th of July 2022

This website uses cookies to improve your experience while you navigate through the website. Out of these cookies, the cookies that are categorized as necessary are stored on your browser as they are essential for the working of basic functionalities of the website. We also use third-party cookies that help us analyze and understand how you use this website. These cookies will be stored in your browser only with your consent. You also have the option to opt-out of these cookies. But opting out of some of these cookies may have an effect on your browsing experience.
Necessary Always Enabled
Necessary cookies are absolutely essential for the website to function properly. This category only includes cookies that ensures basic functionalities and security features of the website. These cookies do not store any personal information.
Non-necessary
Any cookies that may not be particularly necessary for the website to function and is used specifically to collect user personal data via analytics, ads, other embedded contents are termed as non-necessary cookies. It is mandatory to procure user consent prior to running these cookies on your website.
SAVE & ACCEPT